Stonham Barns has hosted a number of UK FootGolf Ranking Suffolk Tournaments and the Suffolk Footgolf Open. Here are the results from all the events with the latest at the top:

The Team Chamionship, the last of the Footgolf events of 2019 for Stonham Barns Golf Park has taken place, where teams of 3-5 players from across the county partook in an 18 holes combined score event, with the best 3 scores from each team competing for the title.

The outright winning team with a fantastic combined score of 13 under par was the team of Cambridge Football Clubs own Charlie Arthur, Graham Briscue and Stuart Nunn (with the individual best score of 9 under par). Runner up scores for this event were 4 under par (2nd place) and 5 over par (3rd place).

This concludes our Footgolf Tournament Schedule for 2019, we look forward to seeing the Sport continue to grow in 2020 and beyond, and encourage those that haven't tried it to come and get involved! 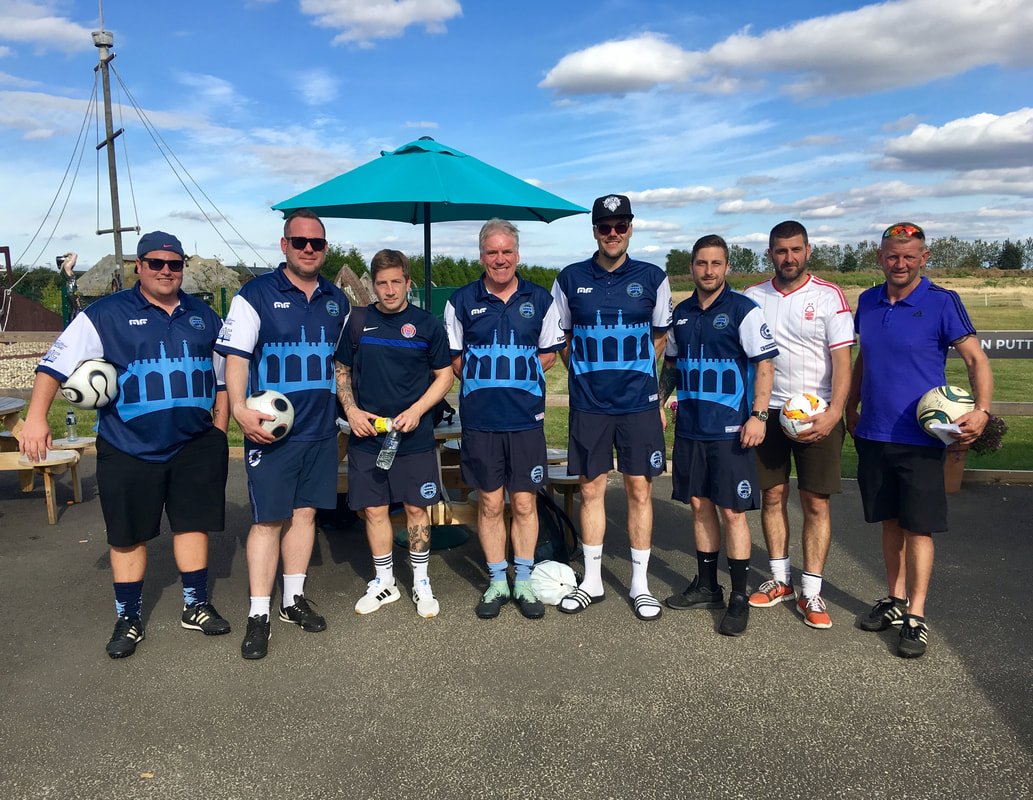 Robin Barton captured the 2019 Suffolk Open Footgolf  Trophy with a marvellous score of 49 (9 under par).  This was the same winning score as last year and was good enough to win by one from Dan Ferretti and Roman Barton who both scored 50 (8 under par). In 4th place was last year winner Darren Wheat who put up a good defence of his title.

Robin is a regular player on the ECFGT Tour and is from Cambridge FootGolf Club. He attends all the events with his two sons, Roman and Milo. Roman, who is 13, won the Suffolk Open Junior Trophy and finished 2nd in the overall event.

This is the 4th year that Stonham Barns Footgolf have hosted the Suffolk Open and with a turn out of just under 60 players the event was well supported.

A fantastic performance from Darren Wheat helped him capture the 2018 Suffolk Open Footgolf Championship. With a score of 49 (9 under par), the second best score ever around the Stonham Barns course, he won by none shots. In =2nd place were Mark Winter, Richard Fenn and Callum Harris. This was the fourth playing of this tournament and this year there was a field of over 50 players from around the region. There were prizes for mens, ladies and juniors and the ladies prize was won by Michelle Scott with an score of 70 and the junior prize was won by Cole Wade again with a score of 70.